Use our RSS Feed to keep up with the latest news and events from the SVA BFA Film & Animation program.
February 23
2017 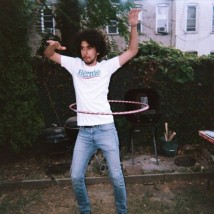 A DJ set and a Q&A with Rory will follow the screening.

SHORTCUT is an ongoing series of short films of all genres (experimental, animation, docs, narrative, etc.) screened in spaces around New York. It’s a short film screening series started by myself and fellow filmmaker Zach Alexander. We screen one short film as an event, and pair the event with an additional guest artist (a DJ, a performance artist, live music, poetry reading, food tasting…etc). Every event is at a different location and features a new short film.

For the past decade or so, the growth of short-form content in video, film, or any moving image work has been steady and overwhelming. For any filmmaker, artist, or animator this abundance in content can translate in many ways. On one hand, digital technology in film has allowed the creative process to be in some way democratized, and has expanded new horizons in form and style. On the other hand, such abundance can overshadow some promising and outstanding work. As film festivals get flooded with submissions, galleries struggle to keep up, and online platforms are inundated with second-rate work, there’s a desperate need to conceive a proper platform for short-form content. That’s where our project begins. The upcoming expansion of the IFC Center, the reopening of the Quad Cinema, the opening of the Metrograph last spring in Manhattan, and the Syndicated Bar & Theater in Brooklyn, as well as the upcoming Alamo Drafthouse are all proof of a high demand of quality art house movie theaters in New York City. We believe the time is ripe to add our platform into this emerging mix of film exhibition.
Our initial project will consist of an ongoing series of carefully curated and organized screenings of short films in various alternative spaces in New York City. Each screening will have just one short film as the centerpiece and will take place in a different space each time. The association between the space and the film will be a meticulous and thought-out pairing that will depend solely on the short film. In addition to the screening, we will also offer a secondary guest that can include artists, critics, chefs, filmmakers, educators, writers, performance artists, poets… These guests will exhibit their work and engage the audience in accordance with the theme of the short film. Our event will consist of the pairing between the film (which will be our main feature), the space, and the guest artist.

As our project expands and our presence builds, we intend to organize occasional screenings abroad. The fact that we are not confined to a specific space will give us the opportunity to expand our platform to other countries. As of now, we have enough contacts to organize in Rio de Janeiro, Barcelona and Tel Aviv.

ZACH ALEXANDER is a Brooklyn-based filmmaker who has collaborated with Werner Herzog and has produced films that have screened at International Film Festivals including Cannes and Portland. Past work includes Marketing Manager at Kino Lorber and Tech Supervisor at the Bushwick Film Festival. He currently works freelance in New York City.

ALEJANDRO VECIANA is a Queens-based filmmaker and freelance critic. After moving from Barcelona to New York, he earned a BFA in Film and Video from the School of Visual Arts and has interned at Kino Lorber and Film Society of Lincoln Center where he’s conducted interviews with various international filmmakers and written reviews and essays for both the online and printed Film Comment magazine. He has contributed to Brooklyn Magazine, Notebook and Film Comment.