Use our RSS Feed to keep up with the latest news and events from the SVA BFA Film & Animation program.
April 17
2013

Behind the Scenes in Los Angeles 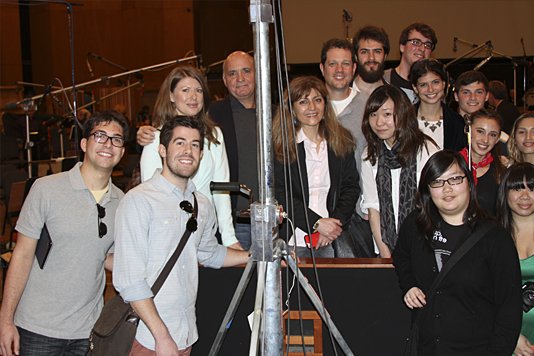 Over March break, SVA Film and Animation Director of Operations, Sal Petrosino, lead a lucky group of students on a behind-the-scenes trip to see how things work in Hollywood. The trip was in conjunction with Paramount, Dreamworks, and Sony Pictures Animation. The students saw film and television production in action, and to meet four Oscar winning artists – all graduates of SVA: Joel Harlow – Make-up and Special Effects (Pirates of the Caribbean) Michael Giacchino – Original Score (UP!) Alan Heim – Editing (All that Jazz) Mark Ulano. – (Titanic) At Paramount, our students were invited to watch Michael Giacchino conduct his score for a new Star Trek film with an entire

orchestra. It was a special time to experience all that the Left Coast has to offer. And to bond with classmates – the Oscar winners of the future!