Use our RSS Feed to keep up with the latest news and events from the SVA BFA Film & Animation program.
May 18
2015 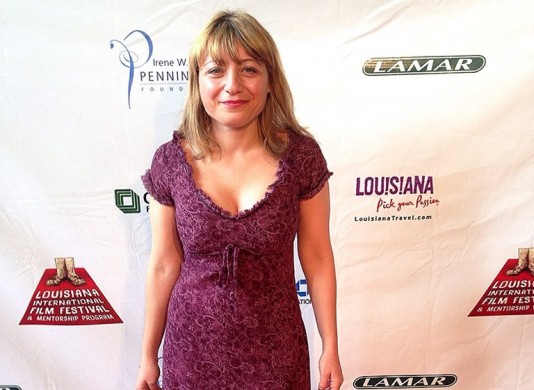 A still from Madeline’s Oil

My experience as cinematographer on Madeline’s Oil was fantastic. It’s a period film that takes place in 1870, with detailed costumes and great 1870’s locations. This also meant we filmed over a huge area in Louisiana.

My role as a cinematographer was essential to recreate the period film with unique lighting, camera movements and framing styles. I thought a lot about how places were lit in1870 and how the contrast would affect the dark and light areas. I started to think if I had been born in that period, how I would light if I didn’t have electricity? How dark could I push and still show realistic characters in a light produced by torches, candles, lanterns and other sources used in that times? Could I light without the use of any fixtures or any artificial lights at all? Consequently, many scenes were filmed with real candles or sometimes with my own recreation with tungsten lights. A still from Madeline’s Oil

The framing was very important to express the state of mind of the characters. I contrasted a Western style of EXTREME WIDE SHOTS with EXTREME CLOSE UPS where the camera was intimate and had to show what the characters were going through. Dolly shots were favorite because the pace of the film started with romanticism, while by the end handheld was a priority. I wanted to be with the actors in the mud and in the fields of Louisiana, to be able to film horses while running with the camera to catch the moments of sunset and sunrise while the characters were riding.