Use our RSS Feed to keep up with the latest news and events from the SVA BFA Film & Animation program.
December 11
2015 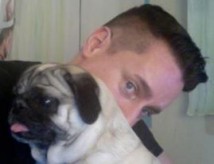 Faculty Friday returns! Writer James Grimaldi teaches Writing the Feature Animated Screenplay, Story Pitch 1 and 2. Here, he offers brilliant advice on how to make it as a screenwriter in Hollywood.

FINDING YOUR VOICE – FOR SCREENWRITERS What does it take, to make it as a screenwriter, in Hollywood?
1. Contacts
2. Great story
3. Social skills (from charisma to likablility)
4. Writing talent
5. Voice
In that order!

So much has been written about the top 4. But it’s hard to find anything written about “voice”. It’s an enigma to many in Hollywood. I’ve met agents searching for it, and when I ask them to explain (what voice means), they respond:

Well that’s not helpful at all, to any screenwriter (whether you’re a student, or have graduated & are out there trying to make it, or even if you’re established). We all need to understand the enigma of voice!

So after bottomless (and ongoing) research into this subject, and my own personal experiences as a screenwriter, here is what I’ve learned:

What is voice?
It’s HOW you tell the story, including:

1. Syntax – the way you string words together, especially rhetorical devices (If you don’t know what these terms mean, it’s time to google them).

2. Unique characters – this includes the way they speak (so yes, dialogue), their goals, fears, and especially how unusual & unexpected their strategies are.

3. Compelling locations & worlds – Don’t be fooled, this looks easy. You think you’re being so original, but if you read hundreds of scripts a year like me and agents, you’ll be shocked how the same locations keep repeating themselves in screenplays. What you thought was fresh, simply is not! So you really need to think outside the box on this one.

The first three are clear enough. You’ll get closer to reaching those 3 targets, the more pressure you place on yourself to be original with your characters, locations, and use of words. (Yes words, don’t groan –just because you’re writing for film & TV, doesn’t magically exempt you from channeling a passion for words).

But what on earth is “attitude”?
Is this what attitude looks like? And how the hell do I find my own personal attitude?

Many screenwriters cheat at this. They troll IMSDb or Drew’s Scriptorama, and try copying an established screenwriter’s attitude. The worst (and most cliché) are those who try copying Quentin Tarantino (cue long rambling dialogue peppered with “m*ther-f***er”) or Martin Scorsese (cue cloying voice-over minus the brilliant Led Zeppelin soundtrack)… But ladies and gentlemen, that’s someone else’s voice – not yours.

The question on everyone’s mind: How do I unearth my own personal voice?

Here’s my recipe (yes, recipe – after all, this is a blog – and it’s okay to admit blog readers love recipes… I do.):

1. Remove everything that gets in the way of your story (i.e., delete exposition, POV fractures, head-hopping, redundancies, wordiness, and anything that seems unbelievable or pulls us out of the story). Basically, strip your action and dialogue down to its barest bones possible, and make sure it ALL feels authentic.

2. Add story tension (i.e., suspense. How? Easy – pose a question and delay the answer as long as possible. Hitchcock did it best! This makes the reader turn the page until the end. You don’t want an agent to stop turning the page and put down your script. Why? Because then there’s the risk they’ll never pick it up again.

3. Locate your inner Raymond Chandler to describe characters. For example, “He looked about as conspicuous as a tarantula on a slice of Angel food.” (Yes, Raymond Chandler continues to be a genius and relevant.)

4. Locate your inner sarcasm (i.e., nurture a dark point of view that is exceedingly sardonic, and add it to everything – story POV, dialogue, action). Use that sardonic wit to paint evocative imagery, and just as importantly – use it to showcase YOU as a witty storyteller. The wittier you are, the more you’ll delight agents & studio readers (especially those with atrophied smile muscles, desperately wanting to laugh).

There’s something inherently sad telling students to become sarcastic. My parents taught me to stop being sarcastic as a child. And our society encourages us to be positive, optimistic, idealistic – Good God, it’s simply Un-American to be anything but idealistic. And so, I’ve always tried to be idealistic in my writing voice – my biggest mistake!

This is where my personal experience in Hollywood comes in. It took industry experience at studios and networks to de-program my fear of sarcasm. And now I thank all those studio executives and agents who knocked some career sense into me.

So here are my experiences at 4 Hollywood hubs.
If these stories help you – fantastic!
If they annoy you, feel free to stop reading here: 1. Disney – I submitted my spec script for a huge franchise they were launching. All I was given was a title (which I cannot disclose, due to the NDA I signed). I was asked to build a whole story and core cast around that single word. I was competing with established screenwriters, who all picked crisp happy stories. But I chose a dark sardonic story, based on my own personal fears. I got the gig.

2. Nickelodeon – I was writing an animated TV show. My concept was bright and optimistic. I was sure my script was going to win over the network. But when my pilot came back – the last page was circled in thick red marker with the words “Forget the rest. This page is your show!” On that last page – was a secondary character who’d barely appeared in the script. The producer asked me to build a whole show around this minor character – a sarcastic mentor who was unreliable. Everything changed – the whole show went from idealistic “let’s help”, to jaded irony.

3. AMC – I’d been writing a live-action drama for adults. I’d taken a risk including some dark twisted scenes that combined childhood fantasy with consuming darkness. I was worried the producer would hate them. But the opposite happened – he wanted me to build the whole show around that dark scary childhood voice.

4. Harper Collins – under the mentorship of a top editor, I’ve been writing a children’s novel. Just this last month, she came back with the most earth-shattering storynote: “Re-write the whole novel from the villain’s point of view. Keep it angry and sarcastic! Do this and you could be the next Lemony Snicket.”

It’s never easy receiving storynotes like these, because they mean tossing out a lot of work, and then… starting countless months of re-writing. But in the end, it’s all worth it – because it helped me find my writing voice.

And what is my voice? I’ll tell you finally – it’s a dark-dark kid, angry about injustices in the world, channeling all that anger into sarcasm.

Now that’s my story. Every writer must search for their own voice, but when they finally find it – it will feel exhilarating, like this: One final conclusion: your journey may be different, but I suspect it will involve:
1. Finding your inner sarcasm;
2. And not being afraid of it! James Grimaldi is an adjunct professor & thesis advisor at SVA in the BFA film & animation department.

He always writes with his dog Butter. There are rumors Butter is the real brains behind this writing duo… and the real voice.