Use our RSS Feed to keep up with the latest news and events from the SVA BFA Film & Animation program.
March 28
2016 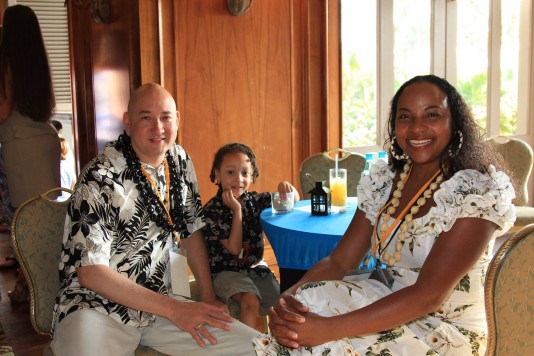 After the success of her blog calling out the Oscars for lack of diversity, writer-filmmaker-faculty member-alumna, Sherese Robinson-Lee, has agreed to call out other forms of cultural prejudice on a regular basis. Here, she takes on the pretty poison of “positive stereotypes.” Film is supposed to validate our reality and affirm our humanity. Too many times, however, film is as poisoned as the water in Flint, Michigan. It’s turned into a medium to injure and inflict emotional pain on those without power. The poison is stereotypes. Film history is plagued with such toxins and their traumatic real life implications. From Birth of a Nation (1915) to The Help (2011), from Charlie Chan (a white actor with taped eyelids) to Long Duk Dong (a gross and harmful cliché) there is long-documented testament to the use of poisonous memes by the majority in the film industry about non-White, non-cisgender people. Hattie McDaniel’s ‘Mammy’ character in Gone with the Wind.

The poison in film is often hidden. You have to look for it. But marginalized viewers – and filmmakers — can spot it 10 blocks away. It’s the one where a filmmaker of privilege will cast their first feature film with “diverse” leads in an “astounding” display of complexity and earn cookies for doing the minimum. But then in their subsequent films—nothing but monochromatic and cisgender casting with bigger and bigger budgets. It’s the “boxer braids” of filmmaking. Meanwhile, diverse filmmakers are told to “be patient”. Another feature of poisonous film stereotype is that it makes minority people fight each other for a crumb of Film Supremacy. Stop. It’s profoundly wrong. The film industry doesn’t need our help in dehumanizing and demonizing minorities in a majority world. Stop expecting Black folks to be 24-hour unpaid and unrecognized educators putting their careers and emotional health at risk for those who are willfully ignorant, anti-Black, intellectually offensive — or just lazy.

As a film school professor, I’m thrilled that I’m entrusted with developing new filmmakers. I discard poisonous film stereotypes in my classrooms and I’m a champion of inclusive filmmaking. Film professors need to reject films and filmmakers who view diverse peoples through a lens of misrepresentation. Don’t allow these toxins into your film school. …ahh …positive trait stereotypes. They don’t exist. The underlying meaning of “Asians are good at math and work hard” is that that is ALL they are good at. If stated even benignly, after long enough, people believe it and it influences their actions. Asians can’t be leaders or CEO’s. They’re silent workers — ever heard of “the bamboo ceiling”? Art and music must be a hobby not a career, etc. etc. My father was indeed the sharpest tool in the shed – the most experienced and the most qualified to take over a major medical institution. He was so successful and his patient roster became so influential, that he couldn’t be denied as big time donors/patients threatened to pull out.

Why it is ALWAYS considered ok to make an Asian joke? No matter the situation. When an Asiana Airlines flight crashed a few years back, reputable news organizations — even Bill Maher (who I used to like) — went for the easy “Chinese Name Joke” within hours of people losing their lives tragically. “The pilots name was Mi Fly Too Lo” or some shit like that. It’s easy to say if you see Asians as emotionless droids. Aziz Ansari’s Master of None, Episode 4, nails it. It’s the first time I ever heard what I actually always thought. These stupid and unnecessary jokes at a crucial time left us deflated. Humor matters.

Sherese, thanks for the awesome read on the subject matter. I agree that the more a gross stereotype is exploited and accepted in film the more poison they become.