Use our RSS Feed to keep up with the latest news and events from the SVA BFA Film & Animation program.
February 11
2018 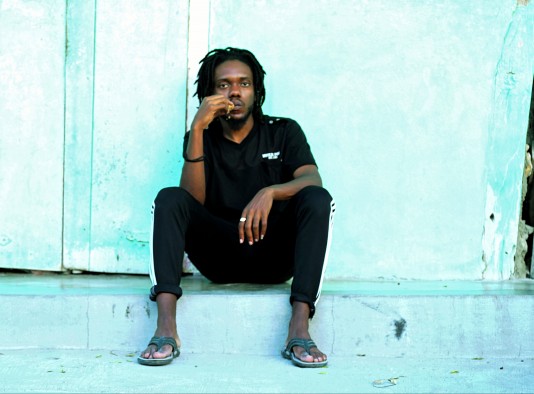 Response to Trump referring Haiti as being

I recently took a trip back to my homeland Ayiti, and while down there I decided to make my thesis film a documentary about the beauty and spirituality of Haiti. My great, great grandfather was the first emperor of Haiti, Jean Jacques Dessaline, who lead the Haitian revolution after Toussaint L’ouverture was captured by the French. Under his leadership they beat the British, French, and Spanish army. I went back to the town that raised me, originally known as the first Black Capital of the New World, and named after my grandfather Marchand.

I went inside the house and saw the bed he used to sleep in, touched his candle holder that still had the wax from the early 1800s, and saw all the gift baskets from past presidents of Haiti and other family members of the same bloodline. That moment was the most spiritually fulfilling experience I’ve ever had. There’s something powerful about standing in the room where your ancestors once stood and being at one with your surroundings, really taking it all in. After learning more about Dessaline, I decided to go to the military fort my people built, located up in the mountains near my grandmother’s house. What looked like a piece of cake climb ended up being a 25 minute climb with no water – but I wasn’t complaining. Instead, I was in awe of the view and the hard work my people put in to build a route system with steps in place, and then stood there to build not just one but four forts.

At the top I saw a big cannon and cannon balls all over. There was a prison and a few feet from the prison was an underground tunnel that is blocked off now, but leads back into the town. Back then, the town was a fighting zone. Seeing all of the complex infrastructure my Haitian brothers built made me feel proud. I was in a new headspace with a new purpose; I decided I was ready to tell the narrative I feel has been shaping me all these years. It’s the story of the real Haiti, the real history, the players involved, and the evils which plagued my island. I came back to the U.S. with fresh eyes, and four days later President Trump says Haiti is a “Shithole” country. This might sound like a coincidence to most, but to me it was a profound synchronicity that was showing me that my ancestors are showing me signs. The signs are very clear; I have to make this documentary now.

Now over the past couple of weeks people have been reaching out to me to share my thoughts on what President Trump has said about Haiti. Before I begin, let me explain how Haiti got to where it is now. Haiti is not just a member of the Caribbean family, it is the first nation to rise up against slavery and oppression to gain its independence in that region. On January 1, 1804, the Republic of Haiti was established in my home town of Marchand Dessaline. Although free, Haiti’s celebration would soon become a nightmare. Haiti was forced to pay for its claims that black people were born free, entitled to freedom and the right to fight for it. Fearing that Haiti’s freedom might spark revolutions in other slave-owning countries, every European nation (particularly France) took the opportunity to punish Haiti. France demanded huge reparations for slave plantations lost in the revolt by Toussaint L’Ouverture, Jean Jacques Dessaline, Henri Christophe, and many other Great Haitian leaders. In 1825, Haiti’s leaders were forced to pay France 90 million gold francs, a price Haiti did not finish paying until 1947.

Haiti was under the demands of France and all the other European nations and the U.S. for almost a hundred years. The U.S. at the time, still a slave-owning nation, was the last major nation to recognize Haiti as a free nation in 1862. The U.S. knew Haiti was unable to defend itself from outside attack, and invaded Haiti 24 times between 1849 and 1913, — “to protect American lives and property”. Finally, in 1915, the U.S. invaded Haiti and ruled the country as an occupying force for 20 years. In 1926, a New York business publication described Haiti as “a marvelous opportunity” for U.S. investment, stating that “the run of the mill Haitian is handy, easily directed, and gives a hard day’s labour for 20 cents, while in Panama the same day’s work cost $3.”

The number of U.S. corporations in Haiti grew from 13 in 1966 to 154 in 1981, enriching themselves, and doing little to add to the economy of the Haitian people.

U.S. companies felt justified to do such things, as Haitians were described as “unwholesome” and  “a horde of naked niggers” to name a few. In 1927, the worst happened. The United States took it upon themselves to change Haiti’s constitution against their will, something the U.S. State Department admitted in 1927. Under that constitution, laws preventing foreigners from owning land were scrapped, allowing U.S, companies to take what they wanted.

To make matters worse, this same “shithole” country has had balance of trade surpluses with U.S. for many decades. For instance, in 2014, the U.S. trade surplus with Haiti was $356.4 million; in 2015 and 2016 respectively it was $190.5 and $191.9 million. For 11 months in 2017, the surplus was $385 million. That’s a lot of cash for a “shithole” country whose provided annual employment to the U.S. on a magnitude like no other. Haiti’s population is 10.4 million people and only 500,000 have permanent employment. Yet, my Haitian people maintain a strong backbone for stability facing the struggle for so many years. I believe my island will see brighter days, but before the president runs his mouth he should acknowledge his racist ancestors who had major roles that left Haiti impoverished in the first place.