Use our RSS Feed to keep up with the latest news and events from the SVA BFA Film & Animation program.
December 11
2014 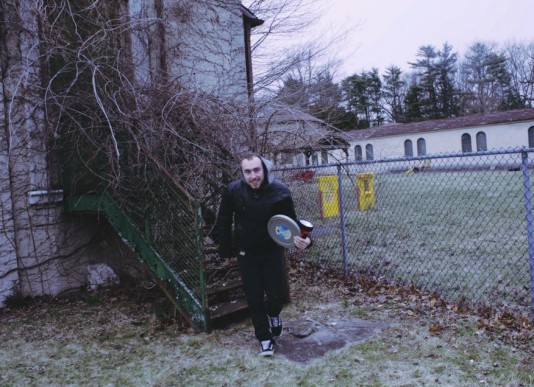 Why 2001: A Space Odyssey is the best film of all time. by Allan Weck HAL, the computer villain of the film.

2001: A Space Odyssey is the greatest film ever made. After seeing 2001, I didn’t care what I had to do to achieve my goal, but I wanted to do “that”. I wanted to make something that a person would see and take away the same amazing feeling I did. It was a film that made people want to make films. The writing, the visuals and the scale of the film made me feel so immersed in it that it all felt real to me. There’s even a story that after George Lucas saw 2001, he took his idea for a western and twisted it into Star Wars! I wish I could go back and get the same goosebumps that I felt when the bone is thrown in the air and transitions to the space ship. HAL was represented as a single red light and a monotoned voice, but became what I consider to be the scariest villain on film, made even more horrifying by singing the creepiest rendition of “Daisy Bell” as it was shut down (a great reference to the real IBM 704). The big black rectangle, or Monolith, is the main driver of the story. It represents mankind’s drive to move forward, no matter what they have to do to get there, and no matter what happens when they arrive. Those are just three examples of how well everything in 2001 was done. Stanley Kubrick had a very specific vision and emotion he wanted this film to portray, even if he had to stray away from

Looking back on the film today, after going through film school and having time to reflect on the techniques used in 2001, I have an even greater respect for both the film and Kubrick. There are some visuals that still hold up today. The creative set design in all the ships also helped to keep the film from feeling dated, as it wasn’t just a 60’s look, it truly was a look that was, without sounding too cliché, out of this world. The effects in the film, such as floating towards the Monolith, among others, were also groundbreaking effects that the film pioneered. As a current film student, I am able to appreciate the film even more with the knowledge of how hard it must have been to basically create a whole new way of doing things.

2001 is a film that has always made me feel something when it finishes. I’ve seen several films that end in my head when the credits start rolling, however every time I see 2001 with a person that has never seen it before, the film extends into long conversations about the actual film’s creation, along with the questions about life, the future and technology it raises. I am a very big fan of Stanley Kubrick’s other films Full Metal Jacket, A Clockwork Orange and The Shining, but I consider 2001: A Space Odyssey his best, along with the best all around film that I have ever seen.