Use our RSS Feed to keep up with the latest news and events from the SVA BFA Film & Animation program.
June 23
2018 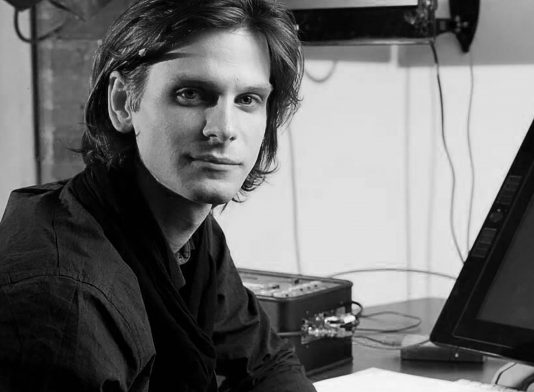 Ivan Viaranchyk, (BFA Animation 2016) has had a lot of success with his Dusty winning thesis film Night Shadows. For the past two years Night Shadows has played in festivals all around the world. Now, his film is available to watch on Amazon.

When I started my thesis, the Summer before my 4th year at SVA, I felt that I would be more interested and invested if I made something that aspired to be more than just my school thesis project. I wanted to make a piece that represented my interests, style, and craft, and as I started working on the initial script, that became more and more apparent to me. As Night Shadows started to flesh out on paper, it also gained more detail and a visual structure in my mind. This was the beginning of an unbelievably busy year in which my co- Director, Bat-Ami Rivlin, and I worked tirelessly on the animated short. We were confident we were making something that had potential, but realizing that potential was difficult and required an immense amount of work, more than I ever imagined. Throughout the production of Night Shadows, I had a few clarifying moments which allowed me to look at the project as a whole, coming out of my laboring process of animating every frame. One of these moments happened when our composer, Michael Markowski, sent us the first sequence of music. The film came alive, the visuals seemed to make much more sense, and the narrative came through smoothly and vividly. It was so important for me to be able to see this, especially as I powered through making the film, at times feeling sick and tired of the project. These experiences allowed me to live through what it means to be part of the animation industry, and what it takes to make a fully formed animated piece. Working on every part of the film gave me a priceless experience that I rely on to this day, working in the industry. Once everything came together it was just a matter of waiting for the Dusty’s Film and Animation Festival. The event, which at times served merely as deadline as I worked on the film, was so much more than I expected. Seeing the film on the big screen, as well as sharing it with my peers was incredibly moving. On top of that, Night Shadows won the Outstanding Achievement in Animation Production Design award, which I was honored to accept from Tom Sito, a giant in the world of Animation and a personal role model. As the festival came to a close, both Bat-Ami and I wanted to submit our film to other festivals and see where it could go.

With the financial support of SVA’s animation department, we applied to animation festivals around the world and waited. Finally, a few months after Dusty’s, we heard back from the Canberra Short Film Festival, a long standing festival in Australia, that we’ve made it into the lineup. We were incredibly excited to see our little project making it across oceans and continents to be showcased in Canberra, Australia. The festival marked our first acceptance, and we’ve since been screening Night Shadows around the world in over 20 festivals, including Foyle Film Festival (Northern Ireland), New York Indie Film Festival, Carmarthan Bay Film Festival (Wales), SEEfest (Los Angeles), Anim!Arte (Brazil), Animac (Spain), Animfest (Greece) and more, as well as win awards at the Georgian Bay Film Festival (Canada), International New York Film Festival, Alaska International Film Awards to name a few. After about a year of festival screenings, we were contacted by a representation company, asking to represent the short in selling it to networks. We were surprised and happy to learn that there was still a market for short animations such as ours. Fast-forward to today, after our long festival rounds are coming to an end, Night Shadows is making its Amazon debut! We’re excited to be able to share our short on such a strong platform, where we can reach an audience much larger than while the film was festival-traveling. From a thesis project-to international festivals and now to Amazon video, we had quite the ride, and it all started with the first few words typed on the computer- “Final Project Script.”