Use our RSS Feed to keep up with the latest news and events from the SVA BFA Film & Animation program.
December 14
2016 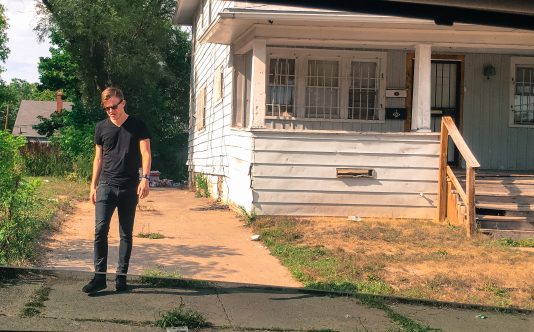 In case you are wondering how the water in Flint, Michigan, affects YOU, read this.
Coming soon to your town.

All water systems in America are supposed to follow EPA rules. These rules make sure that the water system delivers safe water to consumers (anyone or any institution that pays a water bill). The Lead and Copper Rule sets an action level for how much lead is allowed in a consumer’s water. A lot of water systems are old, some lines or pipes are over 100 years old, and haven’t ever been replaced.

In the early 20th century lead was primarily used in plumbing because it’s a great malleable metal. You can literally bend a lead pipe around rocks and other obstructions. Unprotected lead pipes can lead to lead poisoning, as the Romans learned when they used lead pipes in their infrastructure.

One of the mandatory parts of the Lead and Copper rule is the use of optimized corrosion control. This coats the inside of pipes with a protective barrier that prevents lead from chipping off when corrosive water is transported through the pipes. One type of corrosion control is Orthophosphates. If you Google Orthophosphate, you’ll find that it is used to help make drinking water.

Water can become corrosive when too much of a sanitary chemical is used. Chlorine is an example of a sanitary chemical; a tiny amount used properly will kill bacteria in a water system, just like in a pool. Chloramine was used in Washington D.C. When DC Water and Sewage Authority (WASA) switched to Chloramine in 2001 the water was so corrosive that it broke down the protective barrier on the lead pipes and lead poisoned thousands of people.

This was exposed by Dr. Marc Edwards of Virginia Tech and The Washington Post.

In Flint, when they switched from using Detroit’s water supply to using the Flint River as a cost saving measure, they didn’t add corrosion control, and the corrosive water that was untested before the switch and untreated ate away at the pipes of Flint. This is a city already with an at-risk infrastructure and under significant cost saving measures as ordered by the governor.

Both D.C. and Flint have similar water systems. Flint is an infrastructure that was already failing because of lack of funds for improvement. D.C. is an old city that was made with old pipes. Both cities switched before testing or knowing what the ramifications would be. Because of negligence and lack of foresight, citizens, especially children, experienced lead poisoning as a result.

The action level for lead in America according to EPA is 15 parts per billion.
My lead level in my apartment in Brooklyn was 16 parts per billion on the first draw and 21 at the second. I use a filter now to make sure my dog and myself are drinking clean water.

A big misconception about New York City water is it’s the cleanest in the world. The source water is, meaning the reservoirs we get are water from are some of the cleanest water sources in the world. That does not mean your water is just as clean. The water still needs to go through the infrastructure that may or may not have been updated since it was first installed. You can order a lead and copper test from DEP at 311 here.