Use our RSS Feed to keep up with the latest news and events from the SVA BFA Film & Animation program.
February 12
2016 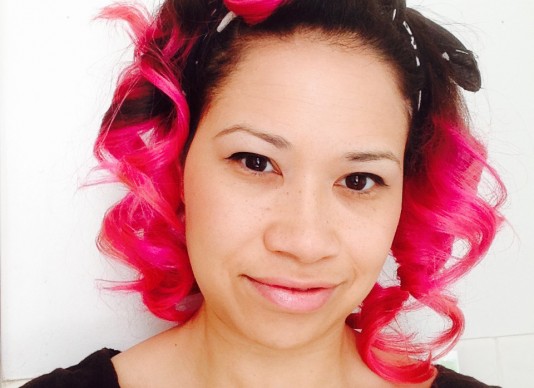 Jenai recently worked with world famous fashion photographer Mario Testino and V Magazine on a special tattoo shoot that earned her 6 covers, plus inside spread of the some of the top fashion models of the industry including Kendall Jenner.  She also designed special illustrations and released limited edition tattoos to go with the cover girls.
http://vmagazine.com/article/jenai-chin-talks-tattoos-superstars-january-issue/

Jenai Chin is both an SVA grad, and a world renown body painting artist / specialist who has worked with high-powered film and TV stars. She just created a CE class teaching makeup technologies at SVA. Here, she tells us why she’s back at SVA, passing on her knowledge to the future generation of makeup artists. At an early age, I was getting into trouble for drawing on myself but it just seemed so natural to use the body as a canvas. I began my journey into body art while training to be a traditional Illustrator at the School of Visual Arts. As I learned the techniques and products I became more infatuated with tattoos and makeup but I wanted to stay true to my first love Illustration. I decided to go forward with my career in makeup becoming a full time makeup body artist.

I was determined to combine makeup and tattoos to introduce to the world of high fashion working with celebrities, fashion magazines and runway. Gradually I became more exposed in the industry working with such celebrities such as Beyonce, Taylor Swift, Madonna, Hugh Jackman, Georgia Jagger and Debbie Harry. My talents were recruited in the world of film & television and perfecting the makeup applications to the evolving technological advances in High Definition cameras. Paul Giamatti as The Rhino in Amazing Spider-Man 2 covered in tattoo designs by Jenai.

I feel it is important to pass on my knowledge and experience to the future generation of makeup artists to preserve the talents of the industry. Technology is constantly move forward and we should continue to learn together to make the arts grow. The class will be a fun adventure into the world of makeup and tattoos. I will be teaching everything about the best products, techniques and applications. We will have demos with traditional and airbrush applications. I will also be sharing the best secrets of trade. Come have fun and play with some makeup!

FROM: Jenai! We thank YOU!

“You’re the best!!!! Looks great!!!! I’ll repost! I’m getting some really great brands involved and the support for the class has been amazing. Thank you so much for putting so much work into this and being so supportive. I really appreciate. Always been a dream to come back to teach at SVA and now it’s happening. Thank you! “