Use our RSS Feed to keep up with the latest news and events from the SVA BFA Film & Animation program.
January 26
2017 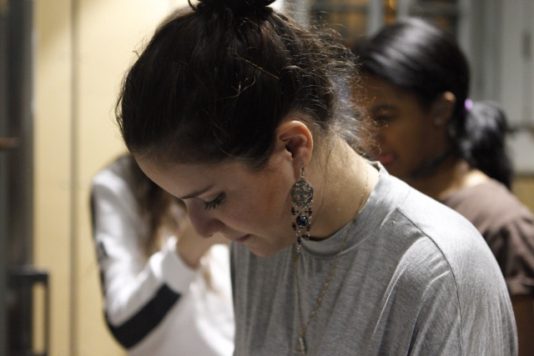 There’s nothing simple and straightforward about being “Hispanic,” according to Third year editor, Isabel Montes (Building Bridges 17-18). Or making Baked Alaska, either. SVA had to make dessert at the Heritage Dinner, and Isabel was the chef in charge!

Many millennial Latino-Americans feel disassociated with both Latino and American culture. They are people born to Hispanic parents in the United States – especially to those whose first language switched from Spanish to English three years into primary school. They developed accents in both languages, and now feel they don’t conform to “Hispanic” or “American” stereotypes.

I grew up in Miami, a predominantly Cuban city where the most common language spoken was Spanish. Hispanic food was eaten both at home and in school. Hispanic culture was everywhere, and I assumed the rest of the United States was pretty much the same. Of course, once I moved to New York and met people from all over the world, I realized how diverse other parts of this country are.  But there was still the feeling of not belonging — not in Miami, not in New York. There are still those few moments when I feel judged because of where my family comes from.

My family and friends back home call me “The Gringa,” which roughly translates to “white girl.” They poke fun of me for speaking somewhat broken Spanish, being a little quirky when I dance salsa, and not “looking Hispanic,” whatever that means. My friends in New York, however,  say I have an accent, use Spanglish phrases, and talk too loud. Sometimes I’m too Hispanic for  New York and not Hispanic enough for Miami. I’ve talked to other friends of mine who moved from Miami to different cities in the United States and they feel the same way.

It’s not all negative: In New York, everyone thinks I’m a great dancer and that I know the coolest music; in Miami, I’m the cool cousin with great style.

I’m no less American because I speak Spanish, and I am no less Latina because I speak broken Spanish and was born in the United States. It can be hard to adjust to other people’s differences — and there are plenty of people who refuse to. Ultimately I welcome all our inconsistencies — we are such wildly interesting, intelligent, and inspiring human beings.