Use our RSS Feed to keep up with the latest news and events from the SVA BFA Film & Animation program.
January 23
2017 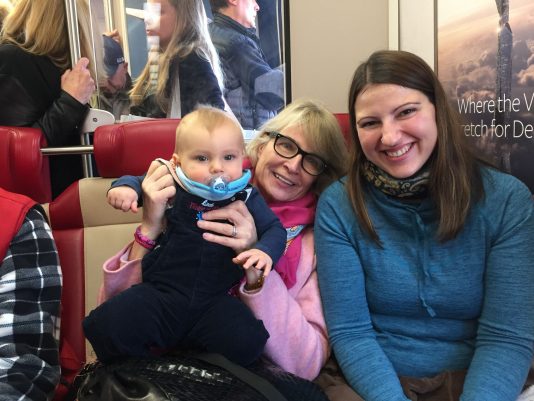 Are We Really Wondering Where We Go From Here?

Saturday, I took a standing room only train from Connecticut to NYC for the Women’s March. Every inch of Metro North’s extra cars was packed with women – a lot of silver hair under the pink pussy hats, a lot of moms with squirming babies, little girls with hand-colored posters, and students, packs of students – female and male. I was impressed to see three-generations of families, including many women my age who fought the battles for equal access to graduate school and the workplace, fought to hold onto those jobs when we had children, fought to get through the day after a mere two weeks of maternity leave. So many fights — each one too specific to write about here – each one shared. We have the scars to prove it.

I was guided by a friend/former student texting me her location at the front of the march. I found my colleague, SVA organizer, Joan Brooker, whose whole class was out shooting. She had a press pass and vouched for me as her professional photographer. We ran ahead with the reporters between the police and the marchers. Too curious to be a real photographer, I kept being overtaken by protestors with terrific signs and slogans. Human Rights Are a Preexisting Condition!

But now, scarcely two days later, the genuine note of exhilaration is being drowned out by a repetitive drumbeat of hollow questions.  Does anyone really think this unprecedented gathering in Washington, New York, all over the U.S. — all over the world — was just a party we threw because we were in a bad mood?

The front page of the New York Times exclaims: “Now What? The challenge facing the organizers is figuring out how to channel the resolve and outrage of an organic protest into action that produces political change.”

The Washington Post: “Democrats see hope in size of March but wonder what comes next.”

And they’re the good guys who actually covered the March right from the beginning; On Saturday morning, most TV cameras, (this from a news editor at CBS who has to watch every feed), were on Trump at prayer in the National Cathedral. Dear God!

Perhaps The Wall Street Journal found the perfect dismissive tone: “Women March for Everything Under the Progressive Sun.”

So, what’s it really about, for, against? So many women, so many issues. Jeez, how will (all these women) ever decide?

At one point, as we passed St Thomas Church on Fifth Avenue, its bells suddenly pealed the Star Spangled Banner — and everyone began to sing – the crowd, the marchers, reporters, even some police. To me, this sums up the feeling that united us: being American means equal dignity. It means not only standing up to injustice, but to disrespect that is always its precursor.

Unfortunately there are a lot of issues that affect us. Luckily there are enough of us to claim them, and even more to help with the mailing, watch the kids and take an extra shift at work.

As a member of the “sandwich generation,” working people with aging parents and kids still in school, I am making my commitment to Women’s Healthcare. It’s a large enough target that all of us can hit it, and need to.

Here is just one example, something that disproportionately affects young women — and men — my students’ age, but has its worse effects in women my age and older. Today, a major study reports a rise in cervical cancer deaths, especially among women of color.

The cause of cervical cancer, Human Papilloma Virus, currently afflicts 20,000,000 American women and men (CDC), and the vaccines now available work against only a few of the worst types of the virus (You should still get vaccinated!!). Women and men of every age, race and economic status can benefit from increased research into these cancers; from pressure on government and insurance companies for more and better screenings; for better and more regular preventative care for all women.

The human body is also a pre-existing condition and it unites us all.  Let’s keep the caring going.

To learn more and/or contribute to cutting edge research on HPV, see the M.D.Anderson Cancer Center at the University of Texas. They are targeting HPV in their “Moonshots” program — bringing an accelerated level of funding and research to ending cancers.