Use our RSS Feed to keep up with the latest news and events from the SVA BFA Film & Animation program.
July 13
2018 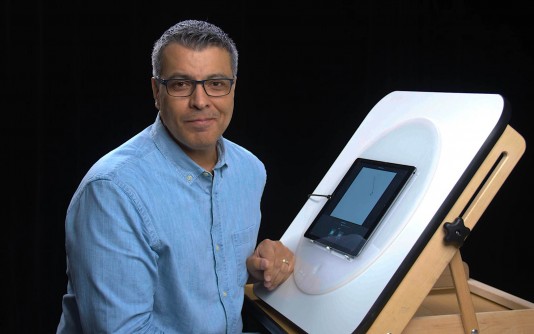 As a studio animator for Walt Disney Features, Mario Menjivar’s work has been featured in some of the most iconic animated films of all time.  Now with The Magic of Animation, Mario will walk you through how to have a blast creating your own animations by using the elegantly minimal Animatic app.  Overall, there are 8 lessons in Season 1. Episode 1 features a lesson on how to create a bouncing ball and a pendulum, two of the foundations of animation. In Episode 2, Mario teaches the walk cycle and anticipation via step-by-step instruction. Episode 3 features Mario teaching the concepts of overlap and follow-through, as well as the concept of secondary actions.  In the 4th and final episode of Season 1, Mario teaches you how to animate with exaggerations, as well as how to tackle the task of animating with a straight-ahead approach. You will be enjoying your first finished piece in no time!

Anyone in the world can be an animator!  I wanted to help you tap into your creativity, and to teach all the things I’ve learned from my time at Disney working for and with the greats!  Now with the Magic of Animation, and Animatic, anyone can pick up the principles of animation and start animating, immediately. The Magic of Animation is available online to purchase through Amazon with no interruption, or to watch for free on YouTube and Amazon Prime.  Animatic is freely available in the App Store as well as from Google Play.

Mario demonstrates two foundations of animation: a bouncing ball and a pendulum.

Step by step, Mario animates the basics of a walk cycle and shows how to turn anticipation into animation.

Mario covers the intertwined techniques of the overlap and follow-up as well as the concept of secondary actions.

Mario goes above and beyond animating the notion of exaggeration and shows the dive right in approach of straight ahead animation.