Use our RSS Feed to keep up with the latest news and events from the SVA BFA Film & Animation program.
October 13
2016

Francisco Fontes: The Joys of a Festival 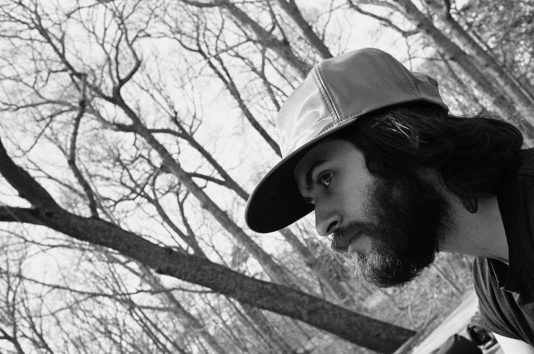 It’s not enough to say Director Francisco Fontes, (BFA Film ’16) has an encyclopedic knowledge film, especially contemporary film. The world is full of fanboys and film geeks. Francisco is more like the connoisseur of fine wines: he can ‘taste’ the region, the vintner, the particular year….the subtle qualities of films from Korea to Colombia, from Poland to The Philippines, from Belgium to his native Brazil.

He spent the summer working with film curators at the Museum of Modern Art. We are incredibly lucky that he could not resist covering the New York Film Festival for us.

There are many reasons why a film festival gets me so excited. And as the years go by, new reasons come up, overlaying and complementing the old ones, making it more and more special to spend one or two weeks immersed in the one art form that makes my mind spark, and my heart swell (or come apart in pieces), while at the same time teaching me about the world, its people, and their dreams. It doesn’t matter if I’m watching a documentary, or the most fantastic fiction, a movie is only as good as how it makes me relate to its characters and question the way I see the world. A festival has plenty of opportunities to do so, and for that, they can be life altering.

I remember the first time I went to a film festival, back in Brazil. I was still 13 years old, and at the time, the thing that got me most excited about it was the fact that I would be able to watch movies way ahead of their expected theatrical release. I clearly remember how excited I was that first year to watch Martin Scorsese’s The Departed. I went right after school, and had to cancel the private english class I would have that afternoon. And hey, at 13, that was another great reason to be excited about a festival. Obviously I was lucky to have grown up in a family who understood that developing my knowledge in the field I loved was as important as learning a second language – so missing class that day was not a big deal.

The next year, October came and I was learning to appreciate a new factor of my festival going life – binging. While on my first festival I had watched about four movies, that second year, and the following three years, I bough a 20 ticket package that could be used for any movie during the festival. That was the best way to enjoy as much as I could, watching up to three movies a day, and moving from one side of the city to the other. In São Paulo, the festival happens in many different cinemas, and moving from point A to point B, judging the movie I had just watched, while at the same time dreaming of how good the next one would be, was part of the fun. I clearly remember running one night – literally running – from one venue to the next, and making a friend along the way. “Are you going to the Viggo Mortensen movie?” he asked, running right beside me. “No, Park Chan-wook’s!”

But of course not everything is perfect, and every film festival has its down sides. Among them, the long lines, and the conflicting schedules. Much like a music festival, you need to make choices, and this year was a hard one. The lineup for the 54th New York Film Festival was loaded with terrific movies, and some needed to be favored over others. I had to miss Moonlight, Berry Jenkins’ raved new feature about the life of a black man growing up in Miami, and Fire at Sea, a documentary about the European migrant crisis, winner of this year’s Berlin Film Festival. Plus, while the festival continues until October 16th, I will have to miss its last days, and consequently more movies I would love to watch.

In any case, this year I added a new reason to love festivals – covering them for a website. I’m happy I’ll be able to share my impressions of the movies I watched this year, and whether people agree with them or not, hopefully I’ll get some of you interested in watching them. To start this off, I’d like to share my two cents on what was perhaps the movie I was most excited to watch this year, Aquarius, which is being released in New York on October 14th. My interest might be a personal one, as this was the first Brazilian film I got to watch at the New York Film Festival, but a lot more lies behind it, as you’ll hopefully understand in my review.