Use our RSS Feed to keep up with the latest news and events from the SVA BFA Film & Animation program.
December 8
2014 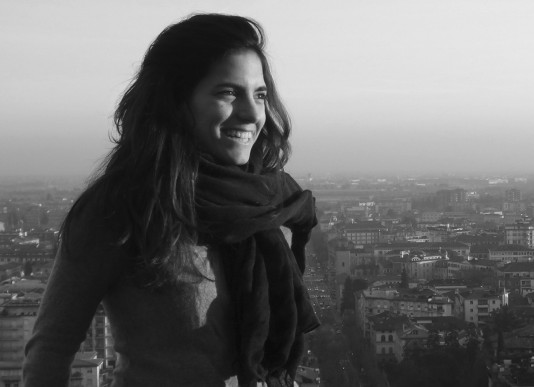 2012 Dusty Award winner, Francesca Coppola, is moving from strength to strength with her new film, Jonny Come Lately. For a moment, our busy- filmmaker looks back… It’s been two years since I graduated SVA and I’m so happy to say that I’m still making films. Leaving film school and losing a certain kind of support was difficult, but I continued and didn’t give up. Last summer I shot my second short Jonny Come Lately (after Dusty Award Winner Flamingos!), about a young woman living in an abusive relationship. I had the chance of collaborating with an amazing team, including my Flamingo stars Kentucker Audley and Dearagh Campbell, my producer Gioele Donnamaria, cinematographer Spencer Katz (also sva alumn!) – with the addition of actor/producer/editor, Evan Louison. We shot on super 16mm film, and it looks wonderful. We just launched a Kickstarter campaign, so check it out and read more about the project below! Looking back to my SVA years, I’m so grateful for everything I have learned and for the wonderful teachers that have informed and inspired my work. I still remember during my freshman year my then writing teacher extraordinaire and now one of my best friends and mentors, Gilbert Girion, showed us “Small Deaths” by Lynne Ramsay, a short made up by vignettes, encompassing three disquieting moments in a young girl’s life. I discovered then a different way of telling a story, and things were never the same after that. I have grown to be a better writer and director and have kept making films with people who are not just collaborators but friends. Treasuring the lessons that I’ve learned, and cherishing the relationships that I started in school, has definitely made continuing my career possible and exciting. So thank you SVA, teachers and alumni who support and keep supporting me!