Use our RSS Feed to keep up with the latest news and events from the SVA BFA Film & Animation program.
April 11
2016 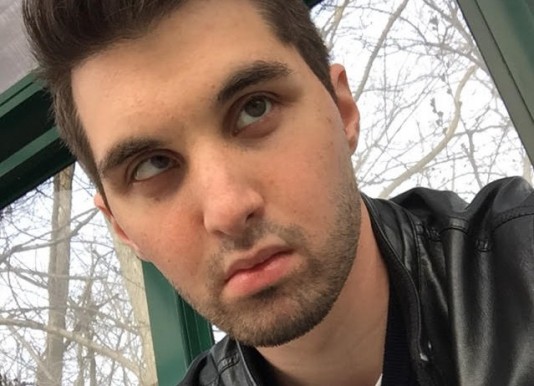 Quite literally, no… Figuratively?  Right.  My time this year has been divided by the development of two different stories that have absolutely nothing in common. Fun, challenging, pain in the ass, and other things. Umm hang on, as you may know, I am writing a science fiction feature screenplay here at SVA this year. Here is a sketch:

At the same time, I’ve been ramping up the making of a short film called One Thousand Shots about a high school basketball player who puts himself through a trial of wills to get better at what he loves. Two different themes, tones, and stories altogether.

These ideas trigger distinct and referenceable reactions in me.  I feel like I have the process fleshed out, but the twist of having to work on both of them at the same time makes my brain play tricks on itself. It’s like developing a presence of mind that helps you understand the world of your story, so that nothing you pull from feels artificial or dishonest to the tone you set up.  So you watch movies, you read books, listen to music, you research, all to make this tone feel consistent.  Now change to another tone, another presence of mind, and do that again, and again and so on.

At the same time, from a technical standpoint these are different processes as well.  One being writing, the other, writing, shooting, editing, all of it.  Not only do you have different projects, but different tools to build them with. It’s a mental exercise for sure. I’m also picking up editing again, something I haven’t done in a couple of years, and it’s slowly coming back.  Everything coming together at once. Hectic, but I like it.

The things that have helped me move through it the most were both intended and unintended.  I am fortunate enough to be working on subjects that I know extremely well.  Not an accident, but a lesson I learned from previous attempts in previous years, and it has made everything so much easier in terms of transferring an idea on paper.  I am also so constrained for time at this point and have been, as we had to start filming late, that there isn’t any time to fret over it.  Self-doubt can often get the better of me, and I’ll just let it sit for a while, not wanting to work on it and fearing what I’ll get wrong in the future.  Now I literally can’t care about that crap, so I just go.  And I follow my instincts of knowing the genre, and I’m just making decisions without worrying about it.  Now I write or I edit, and I look up at the clock and 3 hours go by, so I think I’m improving.

I gotta keep it up though.  Like any skillset, it’s a muscle you’ve got to keep in shape. If I don’t, my mind just falls back into the natural process of picking something up, looking it over for a while, and then picking up something else. Learning to control that is a whole other thing. New ideas don’t care if old ones are finished yet – they just show up unannounced and take all your attention away until further notice. And there’s not a thing you can do about it if you’re an obsessive gemini, like me.

…So, gotta deal with that.  Aaand writing a script, and making a movie, and doin’ the dishes, bah!  So so much. (And animators have it way worse than I do.)

All that aside, not sure what I’d rather do instead.  This is still too much fun.  I’ll keep you posted.