Use our RSS Feed to keep up with the latest news and events from the SVA BFA Film & Animation program.
October 24
2014 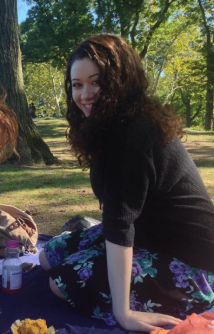 A Note from our Web Manager, Mary Lee Grisanti

Screenwriting is a demanding craft. It takes a lot of time, practice and patience. There are so many drafts, so much rewriting. So much cutting – not just your second-rate writing — sometimes even your best. Every scene, every word has to have a reason to be there.

But writers need to write – they need to be able to work things into words to get good at it. The way musicians have to practice, and artists have to draw. They need the freedom to write about everything that can’t fit into their screenplay.

A lot of our writers blog — and the variety is astonishing. From those who finally say the things they can’t say out loud, to those who energetically review Superhero movies; from those who, like Christopher Isherwood, are cameras recording their worlds, to those with righteous — or at least strong — opinions to express. We even have one who just writes jokes. Tons of them.

Every other Thursday, you can discover one of them here.

The Writers of SVA Film and Animation.

In the basement of my building, there lives a small black and white cat I have named “Basement Cat.” Months before making this discovery, I would sometimes hear faint meows in the lobby. I would listen at the nearby doors but could never place exactly where the sound was coming from. My friend and I joked that this was a ghost cat haunting me. I almost believed it; I would only ever hear the meows at night and they would disappear as soon as I began to investigate further.

I returned home one afternoon and heard the meows once more. A light shone out from the gap under the basement door. I crouched down to look through it and locked eyes with a cat. I jingled my keys and the cat meowed again and stuck his paws through the gap. I had never been in the basement before and the door had always been locked but today the knob turned when I tried it. A skinny little cat came running towards me when I opened the door, rubbing his face on my legs. I instantly fell in love with Basement Cat. I scooped him up in my arms and held him as he purred violently. What was this sweet cat doing locked up in the basement?

After our first encounter, I didn’t hear from Basement Cat for months. The door was always locked and when I tapped on it, no meows greeted me. I suspected he was dead or had run away. But last week, I came home to find the basement door open a crack and saw Basement Cat’s little face peeking through. He burst out when I opened the door, eager to escape his basement prison. His fur was matted and dirty. It broke my heart to have to pick him up and put him back where he came from. I saw empty cans of cat food at the top of the basement stairs; he must belong to someone. I am faced with a dilemma over Basement Cat. I want to take this attention-starved, affectionate cat and give him a better home but he has someone taking care of him. Then again, do they really care about him if they lock him away in the basement?