Use our RSS Feed to keep up with the latest news and events from the SVA BFA Film & Animation program.
December 4
2014 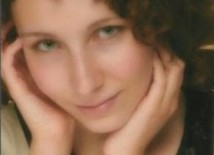 Second year writing/directing student Shai Cotten took advantage of November as Write Your Novel Month to begin the second volume in her fiction trilogy. And you can’t find the time to rewrite your screenplay….. I began writing novels in 2010, and finished my first at the age of fifteen. I haven’t looked at it since. I had not put very much thought into the novel before I began writing. But every day, for thirty days, during the month of November, I sat down at a computer and began typing relentlessly. What came out was garbled, inconsistent, metaphorical, and poetic; but undoubtedly, not a very good story. It would have required a lot of revision to make sense of those 56,000 words, and produce a more linear story. But instead I set the project aside and moved on to the next one, leaving my first novel to sit forgotten on my hard drive.

I’ve come a long way since then. I’ve started six different projects, and completed three. Last November, I embarked on my largest project yet – a trilogy called Ravage, which follows a young father throughout the collapse of modern society to a terrible disease. It was, by far, one of the most enjoyable projects I’ve ever worked on. It was an idea which had come to me in parts throughout high school, but I spent months putting the pieces together, coming up with an outline for the story, mapping the main characters’ arcs, their vices, their virtues, their goals and motivations. But even with so much forethought channeled into the project, I found that it flowed just as easily as the first one had. It felt as though I was reconnecting with that old muse. Only now, I had the discipline to focus my creative energy into building not just a narrative, but a world in which characters were deeply flawed and deeply driven by both external and internal forces. I was able to tap into a vein of storytelling that felt so vivid, because by expanding my own thought process, I had in essence tapped into a vein of my own truth.

If you are interested in reading the Advanced Reader’s copy of the first book Ravage, it is available on Amazon in paperback.

“There was no escaping it. Whether Stephen had the vials, or Henry protected them, there was no difference. He was responsible for what was done with them. The culpability of this whole disaster had seeped into his very flesh. He couldn’t wash himself of it, any more than he could deny the carnage, spreading rapidly in his wake that was at his fault. The madness was his now, to bear as well. He wasn’t a bystander or a witness. He held the trigger in his hand.”

An excerpt from Ravage, by Shailyn Cotten