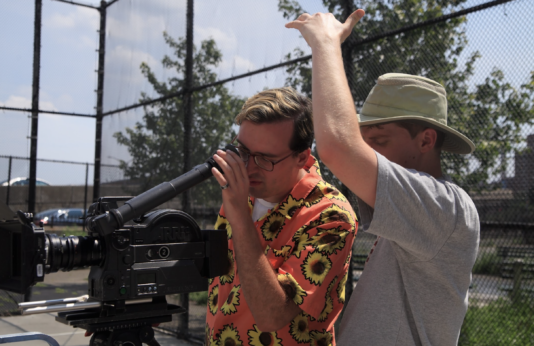 2016 Alumnus Joe Ralko tells us why it’s important to take jobs outside your comfort zone and how a job as a clerk in the finance office for the CBS show Blue Bloods led to his short film being purchased by DIRECTV.

Life after SVA has certainly been a whirlwind – life in film has may twists and turns, you need be ready to roll with anything to get whatever your end goals may be. I graduated in May 2016 with a degree in screenwriting. After four years of knowledge with the backing of my family, friends and teachers I was ready to tackle the world but suddenly the world became a big daunting place from the comfort of SVA. How on earth can I stand out in a crowded field of fellow filmmakers? My solution was to just go with the flow, be as friendly as possible and not turn down any opportunity. I did everything from work as a bodyguard for celebrities to working in various positions on indie projects my friends were making for little or no pay. On one project I was a producer and the next I was a Production Assistant. I took whatever was offered.

Eventually that lead to an opportunity to become a clerk in the finance office on the CBS show “Blue Bloods” at first I turned it down. Why would I want to work with numbers all day? I’m a writer. But I put my ego aside and saw that a door was opening for me. It might not have been the writing job I wanted but nevertheless it was a job, so I took it. I organized the office, filed papers, ordered lunches – all the really exciting things. Every day though I came in happy and willing to be the best I could be in a job I never wanted or thought I would have. 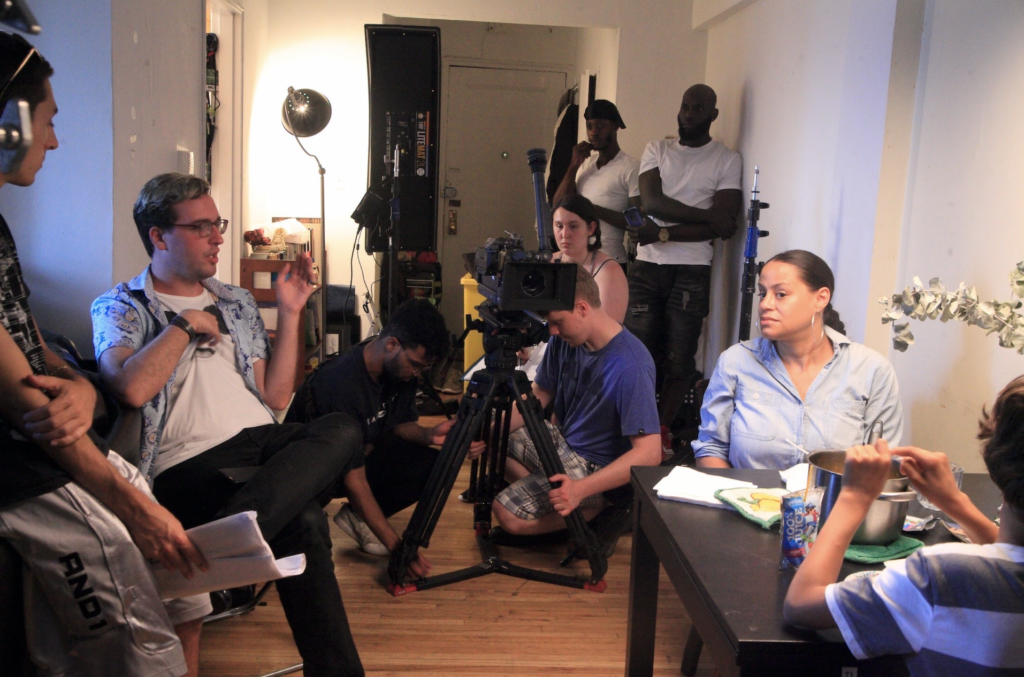 That turned into me being offered a promotion which I also initially turned down. Sure, the promotion would’ve meant more money but also meant being pulled into the finance world even more, the thought of which would give me night terrors. How could I ever do that and still be a writer and still be a filmmaker? I took the risk, accepted the job offer and jumped into the deep end. To say I was sinking would be an understatement.

Suddenly just a year from graduation I was in charge of forty credit cards for the various crew and dept heads on the show. I was sitting in meetings working with the producers on budgets, acting as a liaison between the LA executives and the production, visiting the set and making sure money was being spent accordingly – what did I get myself into? I quickly saw this though as an opportunity and just like all my past jobs worked to be the best I could be in something I didn’t want to do. I became friends with the producers and department heads. I earned their trust and respect and eventually it paid off. 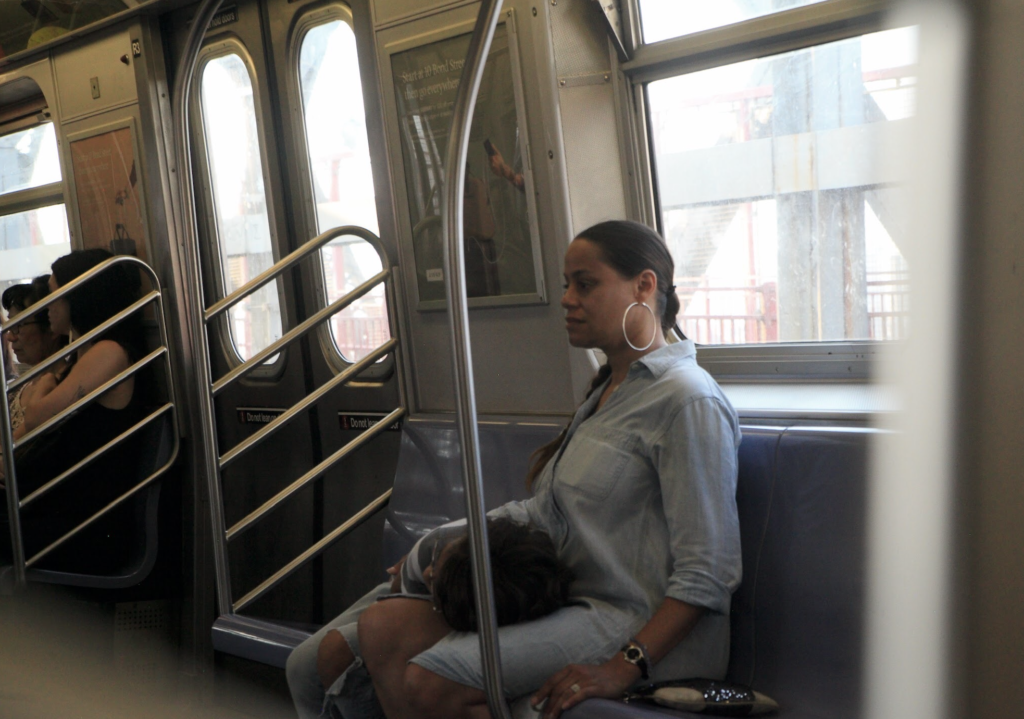 In the summer of 2018 I went into production on my short film Death Suit and because of the time and effort I put into my job at Blue Bloods they in turn came around and supported me. The producers arranged to lend me over three thousand dollars worth of equipment. The wardrobe department opened up their vaults letting me use any outfits needed. The props department made calls to ensure I had every prop needed on the day I needed, locations pushed paper work through for me to ensure all my locations were locked. Then based on the strength of my script and faith in the cast and crew I assembled (composed of current and former SVA students) Jane Raab a legendary New York producer of hit shows and movies like Sex and the City, When Harry Met Sally, Sleepless in Seattle – just to name a few, agreed to come onboard and produce my film. 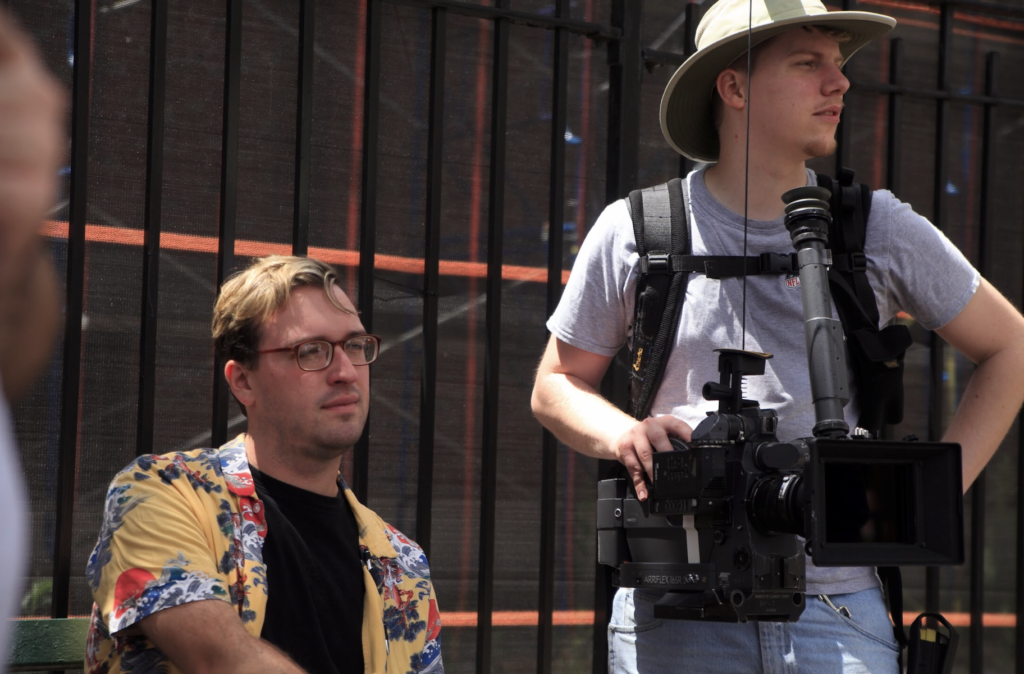 The film tells a story of a young boy who falls in love with a new suit while dealing with the death of his older brother. It was a first for me in a lot of ways. We shot it on actual 16mm film so we worked with the great people at Kodak in LIC and Metropolis Films in Midtown to develop and digitize the film getting it the right look we wanted. It was my first union film so I had to learn how to navigate that whole process of rules and contracts. We shot a mixture of professional  and guerrilla film style. One day we’d be filming in a clothing store having it completely shut down with contracts and insurance etc and the next day we’d be running through the streets of Brooklyn with no permits filming as much as we could.

We had the premiere at Anthology Film located in the Lower East Side and then it was off to the world of festivals. Eventually, through various connections that I’ve made at festivals from over the years with other projects, Death Suit landed with the people at DIRECTV who wanted to purchase my film and run it on their channel exclusive to short films called ShortsTV. So summer 2020 (two years after production of the film) Death Suit will be airing in regular rotation across North America and Europe and later on this year will be released on Amazon Prime and iTunes. 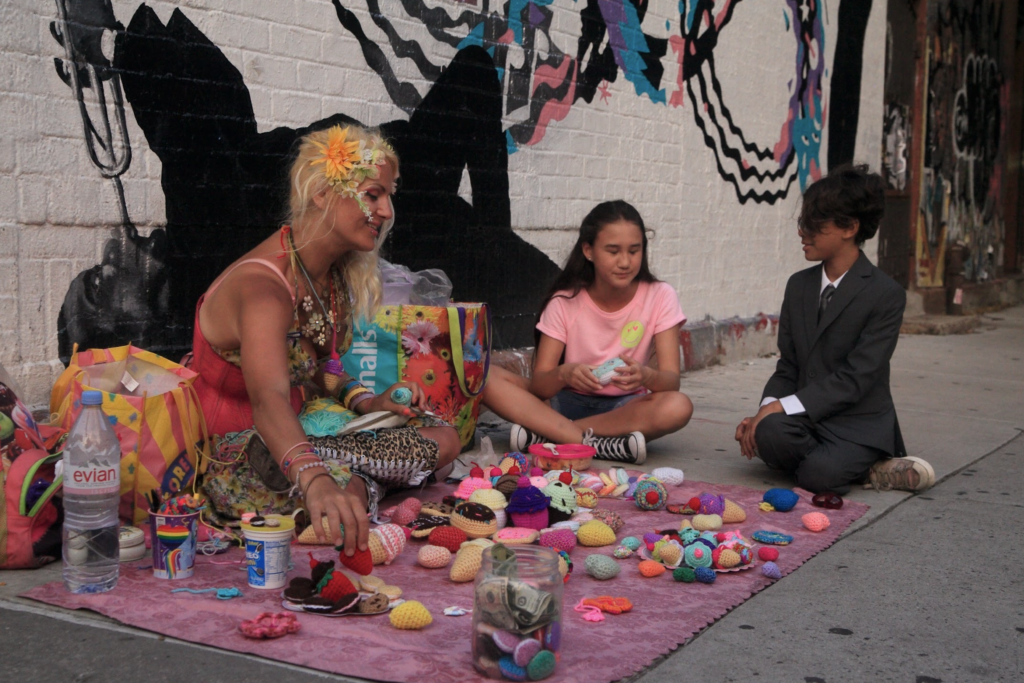 The moral of my experience and advice that I can pass on to current students is to never turn down an opportunity. It’s easy after spending four years in college living your dream to think that you can go off in the world and just be it and for some people you will and that’s great but the industry is a big place with many jobs that no film school can begin to scratch the surface of. So even if something is presented to you that you think is the furthest away from your dream take it, take the risk. If you always stay focused on your dream and your end goals you’ll be able to take any job you have and use it to your advantage. If I never took that leap into working in finance on Blue Bloods I never would have met all these amazing people from the producers down to the PAs who are nothing but supportive and willing to help me achieve my dream. It was me working in finance on a network television show that allowed me to become an independent filmmaker who sold his film to DIRECTV. That’s the kind of story that can only happen in this industry.

I’m always working on projects or connecting people to other projects if I’m not currently working on something. Follow me on Instagram @joeralko or message me on Facebook. I love connecting with current and past SVA students so please feel free to reach out to me for any advice or just to connect. You can watch Death Suit on Vimeo on demand and can also watch my web-series Lorraine Russo’s Family Diaries on YouTube.