Use our RSS Feed to keep up with the latest news and events from the SVA BFA Film & Animation program.
December 9
2019 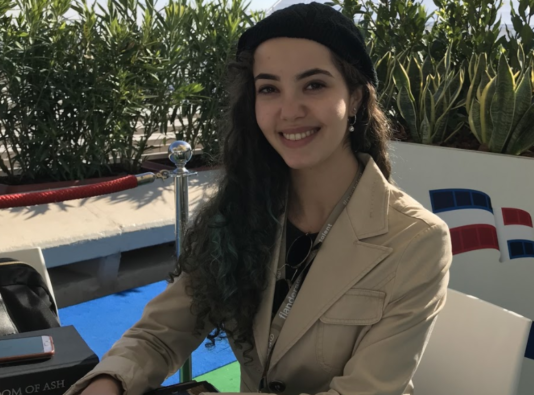 2018 graduate Paula Curry just had her Thesis film Adrift given an Oscar qualifying run. Here she writes about her time making her award winning film. Watch the trailer here!

The making of my thesis documentary film, A la deriva (Adrift), was certainly what I would call an unpredictable journey.

As a graduate from the Class of 2018, my thesis year began in the fall of 2017. As usual, I had spent the summer break in my home, Dominican Republic, only this time was a bit different. News about premature deaths as consequences from illegal abortions were on the rise, and as a young Dominican woman myself, I started paying much more attention to it. I realized that I had never received any kind of formal sexual education while I was growing up, which, in a society where everything that revolves around sexuality is treated as a taboo, it’s a reality that is seen as completely normal. But I decided it wasn’t, and that because of those taboos – as well as numerous other factors that play a role in the lack of sex education in my country – many underage girls were victims of undesired pregnancies, and even worse, death due to complications from unsafe abortions, a practice which is completely illegal in the Dominican Republic. It was clear to me that I had to explore this topic in depth and create a documentary.

After spending a couple months in pre production at the start of my thesis year at SVA, I travelled to DR in early November of 2017 alongside my cinematographer on the film and fellow SVA alum, Alejandro Cortés. I had never worked on documentary before, and Alejandro’s experience on it was also limited, so many of the things we did we simply figured out along the way. In fact, most of the subjects that appear on the film were not scheduled in advance – we simply traveled to a small town, asked the locals if they knew any young pregnant girls that would be willing to be interviewed, and met them on the spot.

Since I only had a couple hours with each person, I decided that the best way to approach telling their story was through having a conversation. So I sat down with them, tried to make the space feel as intimate as possible, and asked them a series of questions that I thought could lead to an interesting rapport. Nowadays, what’s called “talking heads” in documentary is generally frowned upon, but one thing I learned with all the freedom I had throughout my years at SVA, is to always follow my instinct. I knew that because of limited time and resources, I didn’t have the opportunity to spend days with these girls and follow their lives, yet I felt confident in that what they had to say would be compelling enough to make the film work. Fortunately, I was right.

Ever since the completion of the film, we have been lucky enough to get into some really great festivals and to win several awards. The first one was at SVA, where Adrift won the Special Jury Award for Social Documentary. Later that year, Alejandro won the Haskell Wexler Student Heritage Award by the American Society of Cinematographers for his work on the film. This year, Adrift got into the Rhode Island International Film Festival, where it won the “Grand Prize for Best Short Documentary,” and qualified for an Academy Award nomination. Essentially, creating a project that was so close to my heart has opened the door to numerous opportunities that I never could have imagined. In May, for instance, I was able to go to the Marche du Film at Cannes Film Festival with the Dominican Republic Film Commission, where I made important connections and met potential investors for the feature film version of this documentary.

Adrift is still in festival circuit, and has screened internationally throughout the year. My hope is that audiences around the world get a chance to see it, in order to raise awareness about this important issue and to highlight the fact that women’s reproductive rights in the Dominican Republic must be respected and, consequently, reformed.