Use our RSS Feed to keep up with the latest news and events from the SVA BFA Film & Animation program.
March 18
2019 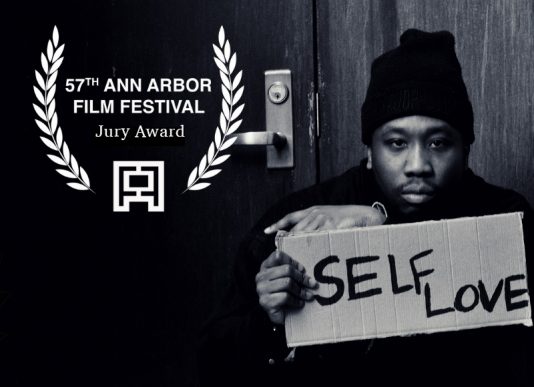 Thesis student Sage Love writes about making his documentary thesis film about his home of Haiti. In December 2017 I went back to my homeland Ayiti for the first time since 2009. While there I decided to make my thesis film a documentary. My intention at first was to make the documentary solely about the beauty of Ayiti. Once I got there and saw the conditions of my people and how everything had changed due to the earthquake that happened in 2010, I couldn’t ignore the silent cries I saw in everyone’s eyes. My cousin Steve sat with me and told a story about how he almost died. Steve, who was 12 at the time, survived having a house nearly collapse on top of him. He first described the phenomenon as a miracle, but later told me our ancestors protected him. After he shared his experience with me we decided it was time to go back to where we were raised, the original capital of Ayiti Marchand, Dessaline, a name given by our beloved great-great grandfather and the first ruler of Ayiti, Jean-Jacques Dessaline. Dessaline is one of Ayiti’s founding fathers who lead the Haitian revolution after Toussaint L’ouverture was captured by the French. Under his leadership they beat the British, French, and Spaniard army. Knowing my family history I felt it was the perfect time to step into my destiny. While there I visited the house of Dessaline and his wife. The feeling I had stepping inside the house was a feeling like no other. In there I saw the bed he used to sleep in. Touching his candle holder that still had the wax from the early 1800s and all the gift baskets from past presidents of Haiti and other family members of the same bloodline was the most spiritually fulfilling experience I’ve ever had. There’s something powerful about standing in the room where your ancestors once stood and being at one with your surroundings, really taking it all in. After learning more about Dessaline, I decided to go to the military fort my people built, located up in the mountains near my grandmother’s house. What looked like an easy climb ended up being a 25-minute climb with no water – but I wasn’t complaining. Instead, I was in awe of the view and the hard work my people put in to build a route system with steps in place, and then stood there to build not just one but six forts. Once there I saw a big cannon and cannon balls all over. There was a prison and near it was a chamber. Behind the chambers the route continued onward to the remaining six forts right above us. A few feet from the prison was an underground tunnel that is blocked off now but it led back into the town. At the time the town was a fighting zone. Seeing all of these technologies my Ayitian brothers built made me feel proud. With a new purpose and a fresh drive, I decided I was ready to tell the story I feel has been shaping me for all these years. It’s not only the narrative of the real Haiti, but it’s also my own.