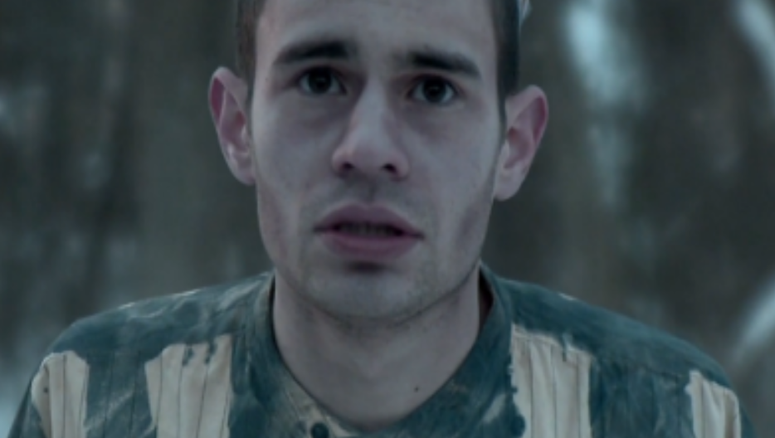 Based on actual events, Director Robert Kolodny’s Shelter (a House of Nod production) is the story of a Jewish prisoner who escapes from a Nazi concentration camp during work detail and must then survive in the bitterly cold forests of Poland. The film is told as a stream of consciousness as the main character reminisces about his life as an artist in Paris before the war.

Robert Kolodny is a director, writer and cinematographer based in Brooklyn. He graduated with honors from the School of Visual Arts with a BFA in Film and Video. He is the founder and creative director of the production collective House of Nod.

Kolodny is the recipient of the Human Spirit Award, the Tiburon International Film Festival’s Golden Reel, Best Director (in the Short Fiction category) at the First Glance Film Festival and an Award of Excellence from the Best Shorts Fest. He is also the recipient of a grant from the Alumni Society of the School of Visual Arts.

In 2013, Kolodny won the grand prize at the AbelCine/Vision Research Miro High Speed Challenge and became the recipient of a Phantom Camera. His work has been featured in The Huffington Post, Gothamist, Esquire, The Village Voice, and on VH1, CBS News and NY1. Kolodny has shot extensively in Haiti, France and China as well as across the United States. His video work for the Caesars Palace production of Spiegelworld Absinthe is on public display throughout Las Vegas strip. Along with being highly prolific with his cinematic output, Robert is an avid student of the history of the cinema. More information on his work can be seen at houseofnod.com.